A Dutch family was confronted with the difficult situation in the Netherland to further expand their business to keep the family business profitable and to be able to generate a solid income.

A Dutch family was confronted with the difficult situation in the Netherland to further expand their business to keep the family business profitable and to be able to generate a solid income. Over a longer period of time they visited several farms that were offered for sale in different countries. In the end the family decided for Slovakia due to a combination of favorable factors.

Their focus was to acquire a running crop farm in Slovakia with around 1000 hectare of arable land, including a farmyard and storage buildings. Since the family had seen various farms already they knew that how the farm was being operated at the time of acquisition was less important than its location and the quality of soil and climate conditions. As the family members had their education in agriculture and experience from running their farm in the Netherlands, the operational state of the farm was less important. Their goal was to implement  their own know-how and experiences.

Based on the requirements from the family, Pro4CE initiated the search for potential farms. In this process, we obtained extensive information on relevant details of the pre-selected farms (including ownership structures, soil quality, yields, land structure, finances, etc.). Pro4CE negotiated on behalf of the family with the seller of the selected farm which resulted in drafting and signing of the pre-purchase agreements. Pro4CE supported the farmers through the “due diligence process” and was directly involved in all steps of the acquisition process, including the final contracting. Although negotiations with the selling party were sometimes complex the acquisition process went relatively smooth.

Acquisition of a 1.000 hectare crop farm in West-Slovakia

After a period of intensive cooperation between the family and the Pro4CE team, a 1.000 hectare crop farm, including farmyard, buildings and machinery was acquired in Western Slovakia. The family was finally able to relocate to Slovakia and implement their strategy to transforming the company into a modern agricultural business.

Due to the direct involvement of Pro4CE we were able to not only find a suitable farm but also to buy it after successfully finishing a sometimes complex acquisition process. And it’s a pleasure to be in Slovakia and to be able to farm here.
Back

Slovak farm and landowner want to sell part of his farm and related property to raise cash for further investments.

In 2019 a circa 2000 hectare Slovak farm holding with both lease lands and agricultural lands in ownership wants to divest part of his farm and related property, including some 950 hectares of its lands. 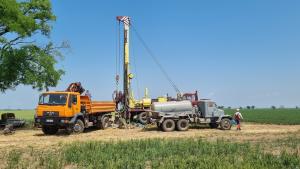 The investors have not only acquired a Slovak Farm on high quality owned land but were able to double the size of the land within 2 years through additional land acquisitions. 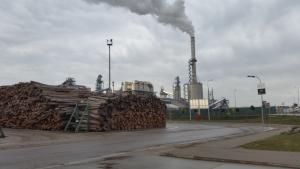 Wood supply for IKEA in Slovakia

Pro4CE continues to create value for IKEA by supporting its strategy to directly be involved in planting of fast growing trees. 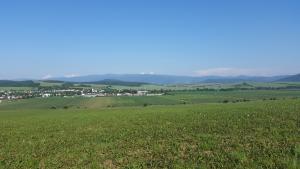 Due to the intensive cooperation between the two young German farmers and the Pro4CE team, a 1400 hectare crop Farm, including farmyard with buildings and machinery was acquired in Western Slovakia.